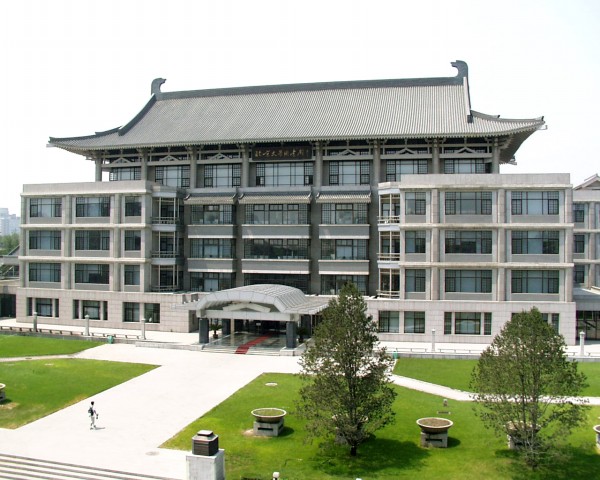 The construction of the new library building (east building), sponsored by industrialist Mr. Li Ka-shing， was completed on May Fourth 1998, when Peking University was celebrating its first centenary. Its floor area is approximately 26680 ㎡. Connected to the old library building (west building), the total floor area of the two ranked the first among all the university libraries in Asia. In 2005, the overall floor area of the library building amounted to 53,000 ㎡ after the renovation of the west building. In 1998 when the University was engaged in celebrating its first centenary of birth, the east building of Peking University Library was launched by the support of donation from Hong Kong industrialist Mr. Li Ka-Shing. This new building was connected to the west part, added 26,680㎡ in space, bringing the Library to the top of Asian university libraries in space at that time. After the reconstruction of the west building in 2005, the built-up area increased to 53,000㎡ in total.