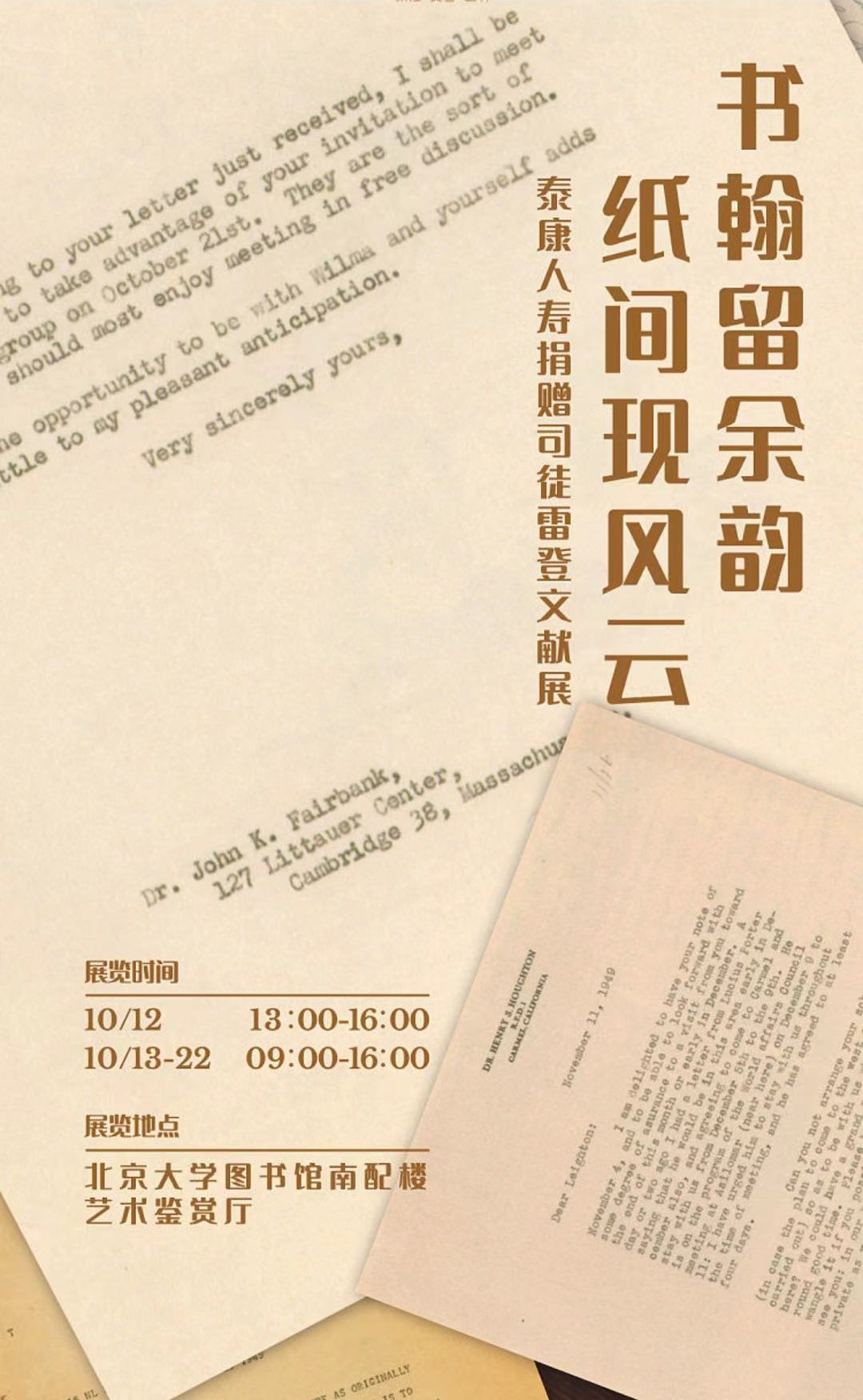 2021-12-01 11:16:29
2021-10-12 13:00 to 2021-10-22 16:00
South Wing Hall
Peking University, October 21, 2021: On 12 October, the John Leighton Stuart Taikang Donation Exhibition co-hosted by Peking University (PKU) and Taikang Insurance Group was held at PKU library. A donation ceremony took place at Linhuxuan before the opening of the exhibition. Chair of PKU Council Qiu Shuiping, Taikang Insurance Group chairman Chen Dongsheng and others were in attendance. PKU president Hao Ping took a visit to the exhibition.

The donation ceremony in progress

Qiu Shuiping pointed out that Taikang shoulders a high level of social responsibility and has committed to public service, contributing remarkably in such fields as education, pandemic control and poverty alleviation. Taikang’s donation of John Leighton Stuart’s manuscripts not only helps with their documentation, but also renders Peking University one of the largest and most important resource centers for John Leighton Stuart’s work. This bears a huge significance in promoting academic research in Chinese contemporary history, history of China-US relations and history of cultural education.

Director of Beijing Municipal Culture Heritage Bureau Chen Mingjie acknowledge the 248-piece donation as an important event to both Peking University and the cultural field. He stressed that heritage conservation requires the concerted efforts of academic institutions, social forces and the government, and looks forward to greater cooperation to this regard.

Attendees of the donation ceremony take a group photo

After the donation ceremony, guests in attendance went to South Wing Hall to unveil the exhibition. The donation consists of 248 sets of documents spanning half over half a century, including some diaries, manuscripts and letters written during John Leighton Stuart’s stay in China and return to the US, and letters between his family and the Fugh family after his passing. These documents will greatly facilitate studies in fields such as the history of contemporary China-US relations.