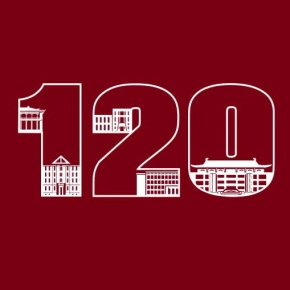 Peking University, Oct. 24, 2018: On October 24, PKU Library holds the opening ceremony of the 120th anniversary at the Yingjie Overseas Exchange Center. The ceremony also marks the opening of the International Conference on User-oriented Information Services. The conference will last two days from October 24 to 25 where library directors from, among others, the University of Toronto, Cornell University, Tsinghua University and the University of Hong Kong participate in panel discussions. The sessions on the second day will include the 4th International Forum on Cooperation and Sharing of Library Resources for East Asian Studies and the 12th Conference on Cooperative Development and Sharing of Chinese Resources. 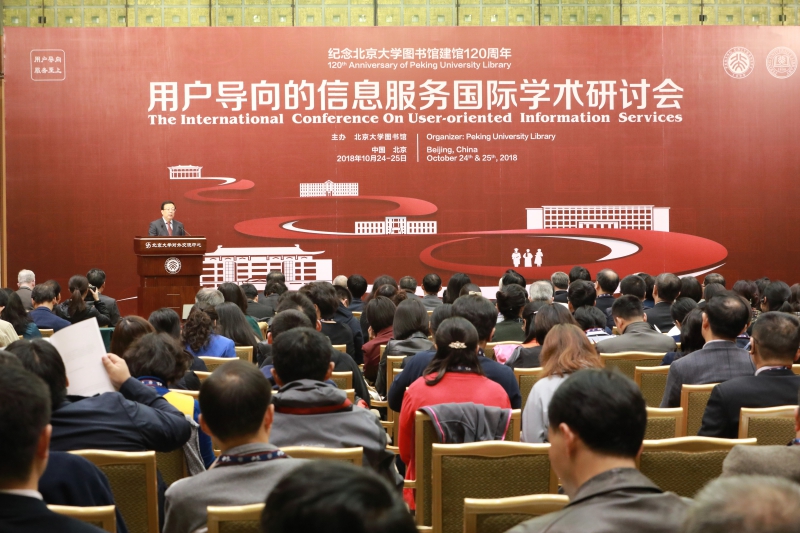 President Hao kicks off the ceremony. In his speech, he looks back to the history of PKU Library and praises her achievement in the past 120 years. PKU Library has played a great role in assisting students and faculties, providing a vast ocean of books and resources. It also cooperates with other libraries and academic institutions, co-establishing the CALIS (China Academic Library & Information System) and CASHL (China Academic Social Sciences and Humanities Library) projects. President Hao calls for user-oriented library services and attention to users' experiences. He looks forward to a better PKU library, progressing hand in hand with the university’s Double First-Class Initiative.

Wang Youqiang, director of Tsinghua University Library, gives a short speech where he appreciates that PKU Library has always been guiding and aiding THU Library. He hopes that libraries can “remain true to our original aspiration” while adopting advanced technologies and becoming more intelligent.

Gerald Beasley, director of Cornell University Library, looks back to the communication between Cornell University and China. As early as 1870, Cornell University has started to teach Chinese language. Hu Shih, the prestigious Chinese scholar, is an alumnus of Cornell University. He and his friends donated about 350 classic Chinese books to the library in 1911. Beasley raises three questions in his speech: how can libraries stay relevant to their parent institutions? How to make sure library technologies serve the users? And finally, will libraries be downplayed if they cannot compete with commercial rivals?

After the speeches, two keen readers, Ge Xiaoyin, professor of the Department of Chinese Language and Literature, and Meng Xiyuan, class of 2020 from the Department of History, share their stories with PKU library. They both express their deep affections for PKU Library which gives them the sense of another home where they absorb knowledge freely.

Near the end of the ceremony is the award ceremony. Four former PKU Library curators walked on stage, receiving medals from President Hao. Among them, Zhuang Shoujing, born in 1931, is already in his eighties. Also, librarians who have worked in the library for over 30 years are honored during the section.

After the opening ceremony, the three conferences will be held separately at Yingjie and King Abdulaziz Library.