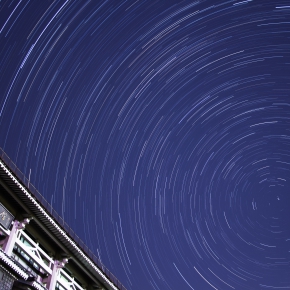 Happy 120th birthday to our Library!

Six score years have flown by, without a moment to linger.

Out of the crucible of changes, the library looks ever younger.

Founded as the Imperial University Library in 1898, the Peking University Library has left deep imprints on the pages of time. In the hard early days, gradually filled shelves inspired the epoch-making New Culture Movement before trudging all the way to China’s south. Carried on the waves of reform and opening-up, the shelves find their places in a library of our time. A 120-year-old treasure trove, a 120-year-old sanctum sanctorum, the library stands witness to one wonder after another, and marches on with a backpack full of honors. Its heroic complexion remains unscathed by the ravages of times.

Persistently, the library is navigating the vast ocean of books.

Tirelessly, talents are feeding on the fertile soil of civilization.

Put users first, so as to reinforce the foundation and adjust to changes.

Uphold integrity and innovation, so as to stay ahead of the future.